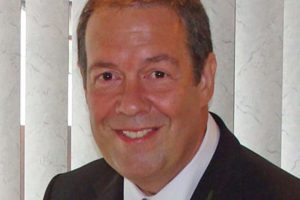 The initial commercial success of the interloopmailer® was heavily supported by Paul Whitney and his company Whitney Woods.

Paul and his team worked alongside the inventor Graham Shapiro for 2 years, creating prototypes, cutting forms and trial samples. He believed in the interloopmailer® and it’s potential, playing a major part in getting this invention off the ground.

“This is a big loss to the print world and the interloopmailer®. Paul was not only a lovely man but was always clever with paper and print. A shrewd businessman who knew how to market products. The interloopmailer® would not have had the global success without his support and knowledge. I cannot thank you enough Paul and I miss you.” – Graham Shapiro, Inventor of the Interloopmailer®